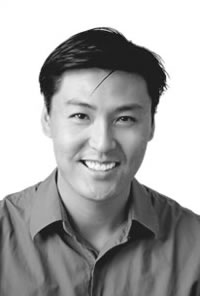 Prior to entering the profession of Orthodontics, Dr. Chung practiced as a general dentist in Winnipeg, Manitoba, and Edmonton, Alberta for seven years, where he implemented a multidisciplinary towards aesthetic dentistry. He went on to receive his orthodontic training in Edmonton, Alberta where he obtained his Master of Orthodontics degree from the Department of Graduate Orthodontics, Faculty of Dentistry and Medicine at the University of Alberta. As a member of the Academy of Laser Dentistry and a certified provider for Invisalign®, Dr. Chung continues to strive to provide the best treatments for his patients.

Dr. Chung’s belief that everyone should have optimal dental care has led him to provide dental services to remote communities in Northern Canada. He has also provided volunteer dental services in underprivileged areas of Nicaragua.

Dr. Chung’s strive for excellence has allowed him to obtain numerous awards and scholarships throughout his dental schooling. He graduated among the top of his dental class and held the position of President of the Manitoba Dental Student’s Association. Dr. Chung’s passion for the arts has also guided him into the areas of filmmaking and graphic novel illustration. Dr. Chung has written, produced, and directed short films that have been accepted in film festivals and he has even sold a short film project to CBC Television. As a graphic novelist, Dr. Chung has had the opportunity to collaborate with his brother, Alex, on various mainstream and independent comic book projects.

Dr. Chung enjoys playing racquet sports such as squash, tennis, and badminton. His other hobbies include mountain climbing and hiking. Dr. Chung and his wife Kalyani have two boys, Neelan and Jayan.